.. But one thing I do: Forgetting what is behind and straining toward what is ahead, Philippians 3:13

As our grandson wrestled with learning to paddle board last summer we were all treated to a comedy of errors. One moment he was up smiling triumphantly, the next tumbling off to the peals of laughter from his cousin and his older brother. But no matter how funny he looked to us AJ showed that he was serious about mastering the challenge. He was willing to temporarily let go of his pride in order to show everyone that he could be a winner.

Are you and I half as dedicated to the goals God has put in front of us? The apostle Paul was in many ways just like our grandson A.J. . He refused to let the past hold him back. No nostalgic memory was worth clinging on to if it meant missing out on what lay ahead. Also, just like our grandson, the opinions of others held little value compared to what God had in store. Finally, just like A.J.- Paul learned that victory was sure as long as he kept things in balance in life. Paul reached his goal at the moment when he took hold of the prize and stood straight and strong in the presence of Jesus Christ! 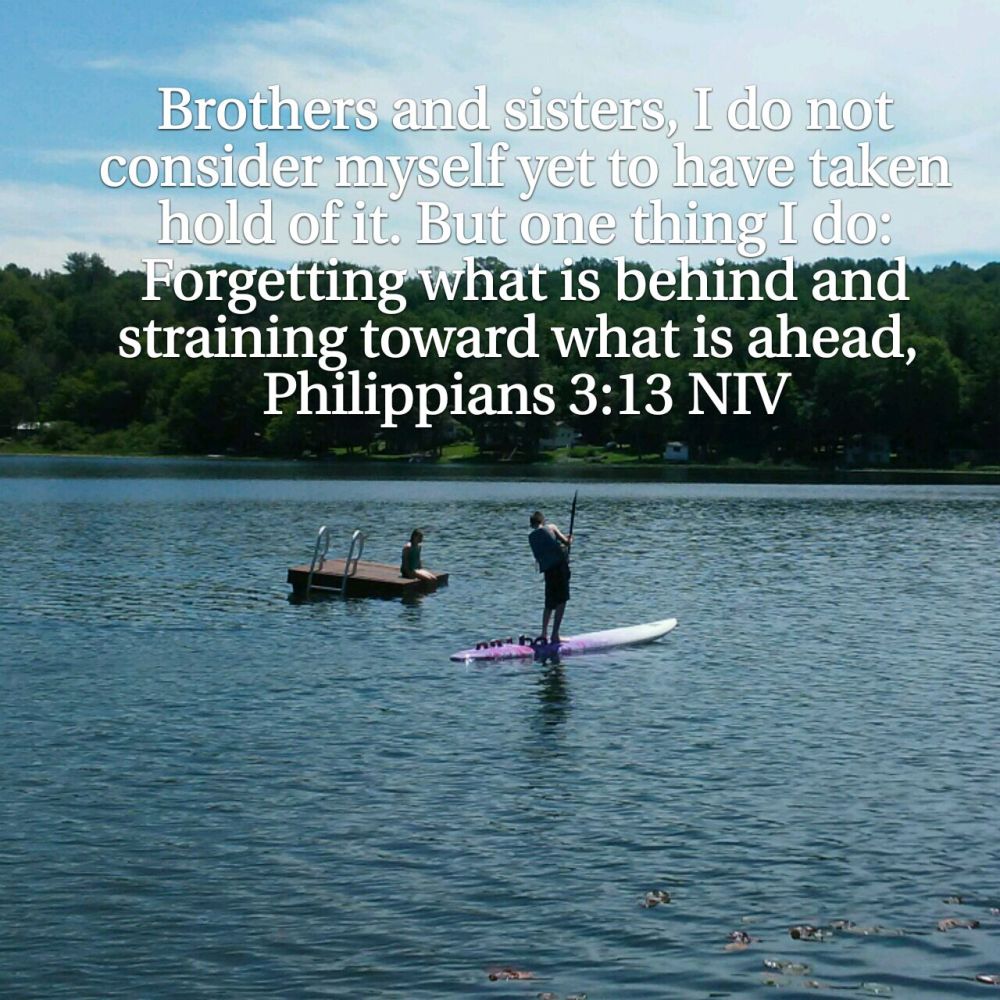