In 1967 while I was busy turning on and tuning out; Athiparampil Thomas, was answering God’s call to Bhutan. Having just finished Bible school at 19 years of age he left Kerala state in South India for the long journey North. Following the plan that God had put in his heart he traveled to the Indian city of Jaigon which sat directly on the border with Bhutan. Stepping off the bus in Jaigon Pastor Thomas began looking for stay. He had limited funds, no Western missions organization behind him and no friends or family there so his first night he spent sleeping on the sidewalk and praying for God to lead him. 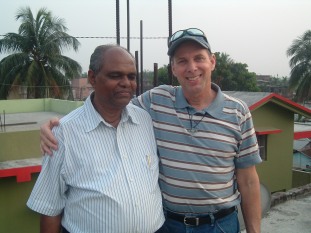 Now 52 years have passed since Pastor Thomas began his ministry to Bhutan and Northern India. By God’s help Emmanuel church was planted with outreaches not only into Bhutan but also into many of the rural villages in the tea growing border region of West Bengal State. Emmanuel ministries also has reached as far West as refugee camps in Nepal and west to Sikkim state in India. Other outreaches of Emmanuel ministries included Emmanuel school, 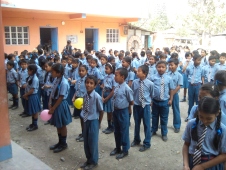 a rug making facility to offer jobs for the women

and classes and a lunch meal during the day for local neighborhood children.  for His dear wife and oldest daughter have already gone on to the Lord and my friend lies in a weakened state. We are praying that God will spare him once more and that God’s peace will surround Him and his family. What a privilege to have known my dear friend who has been an example and joy. He has shown me what it really means to surrender all and to live a life of faith. Will you join with me in praying today for our dear friend and for God’s best and perfect will and grace?

For we walk by faith, not by sight: We are confident, I say, and willing rather to be absent from the body, and to be present with the Lord. 2 Corinthians 5:7-8 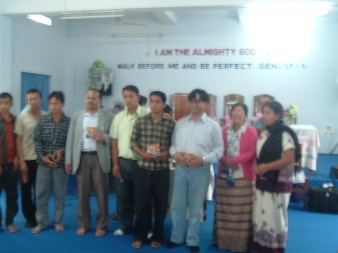