Then Mary took a pound of very costly oil of spikenard, anointed the feet of Jesus, and wiped His feet with her hair. And the house was filled with the fragrance of the oil. John 12:3 NKJV

While Hollywood has generally given us the impression that Mary was a young beautiful woman; that may not have been the reality. In that time even poor young beautiful women would have been married and Mary was not poor. While we do not know Mary’s age it seems possible that she and Martha were both widows, living with their brother Lazarus. That would give us an entirely different view than the film version. In this scene we meet a Mary who kept all her savings in that perfume jar. It acted as something of a retirement account. As she grew older with no marital prospects, no way to work or even the right to own property that perfume was all she had besides the kindness of her brother. She was presenting that gift in a single defining moment as her worship and expression of love to the Lord Jesus. 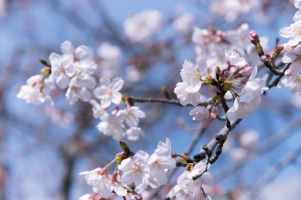 Photo by Abby Chung on Pexels.com

As the fragrance filled the room people began one by one to realize how exorbitant and yes even a little crazy what Mary was doing really was! Her family and friends were shocked but silent. Then one by one the disciples, beginning with Judas, began to protest. “Why wasn’t this sold …and given to the poor?”

But Jesus knew Mary’s heart and while she remained silently at His feet He defended her. Today we have little to describe how Peter or John, Andrew or Phillip worshiped, but Mary’s gift is still remembered. After 2,000 years, her perfume continues to fill each of our rooms with its fragrance!

2 thoughts on “The Fragrance of the Perfume”