He is not here: for he is risen, as he said. Come, see the place where the Lord lay. Matthew 28:6 KJV 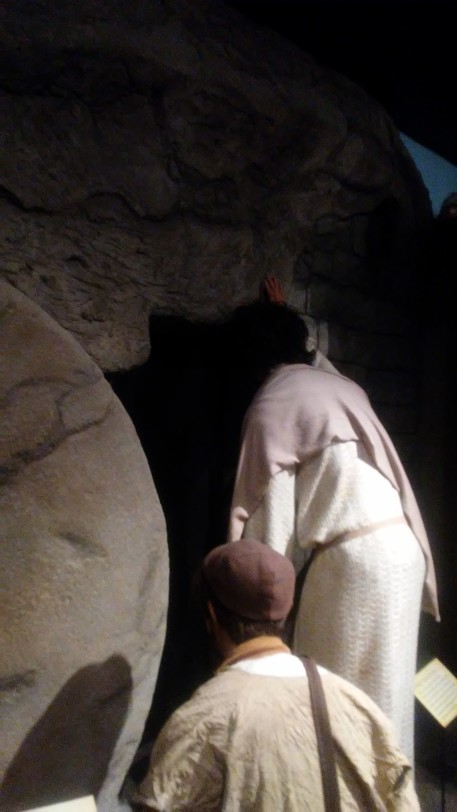 It is often told of how Jesus left the wonders of heaven to come to earth; but today we want to also remember what things Jesus left behind before He returned from earth to heaven. First He left the honored place as oldest son and Joseph’s carpenter in order to begin His ministry to the poor and downtrodden. He also left behind His simple village life in exchange for a desert where He fasted and was tempted by the devil for 40 days. Later as people saw the miracles He performed, the crowds grew to multitudes; but Jesus turned and walked away from fame and power.

At the Last Supper Jesus humbled Himself further by taking off His robe in order to wash His disciples’ feet. After the meal He went out into the garden to pray and, piece by piece gave up His will to the Father. Then, Jesus left behind His disciples to be betrayed by Judas and arrested by the soldiers. The next day, He received the death sentence of the cross where He suffered for six mind numbing hours. Last of all with His final breath He gave His spirit into the hands of into His Father.

So, as the sun prepared to rise on the morning of the third day they went to the tomb but they could not find Him because He had already given Himself away!  He left it all behind and has risen from the dead!