Why are you cast down, O my soul, and why are you in turmoil within me? Hope in God; for I shall again praise him, my salvation and my God. Psalm 43:5

Have you ever been so down that you just couldn’t even sing even in church? You don’t need to feel alone because even King David the writer of the song book of the Bible, came to that place; and said so not once, not twice but three different times. David had bravely faced had Goliath and defeated him, but when he found himself hunted by his father-in-law and some of the same soldiers with whom he had fought beside in battle he became discouraged. Then his wife was taken from him and given to another man and he was separated from his best friend Jonathan and was forced to hide in the countryside. That was when he reminded himself that he would again praise God because all his hope came from Him. Yes, there are times when we as believers struggle to praise God. But God’s word gives us hope so that at those exact moments we can say, “Hold on! This is not the end! There is still hope! I will praise Him again! 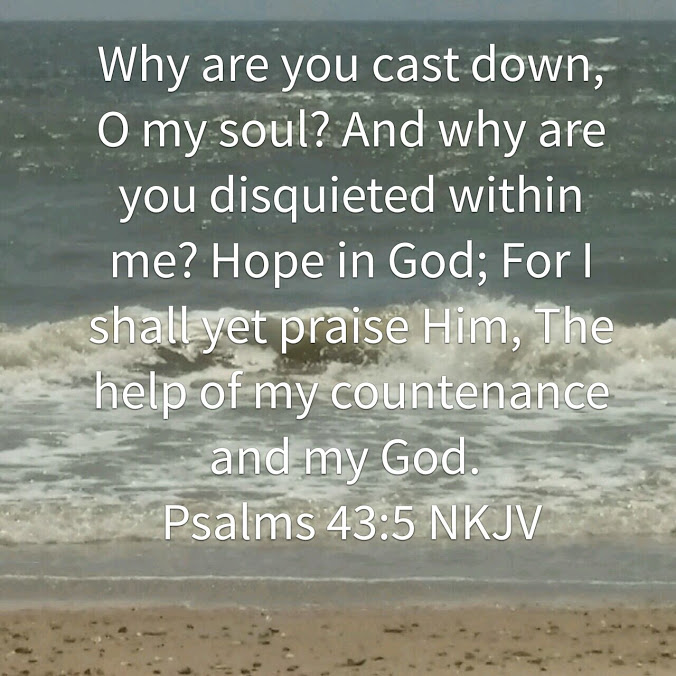