As this week of the 47th March for Life in Washington I have been thinking a lot about what it means to be pro-life. Of course as a nursing home chaplain my perspective is skewed towards the end of life side of that issue and I wish more people would think about then end as well as the beginning of the journey. For example, last week friends of ours lost a close family member. Though Tom passed away peacefully with his two sons at his side the event was especially difficult because he was in a deep coma and only being kept alive by a ventilator. His sons were placed in the awful position of having to agree to allow the hospital to disconnect their dad and then watch as he slowly slipped away.

There has been a lot of disagreement on the whole subject of what to do at the end of life. I have stood by many people and their families as they struggle with what to do at that time. But rather than delving into a deep theological debate I wanted to look at things from a different angle. The worst kind of disconnection is not from a machine but it is from family and friends. Some have said, “I just can’t bring myself to see him (or her) because I want to remember them as they were.” But I have sat by the side of people I loved and seen the hurt when people they cared for deeply refused to come.

With all our technological advances and 21st century comforts; we as a society are too often disconnected from the people that should matter most in our lives. We used to sit in rooms watching TV and while it wasn’t the ideal family event at least we got to laugh together at the comedies or shout at the screen when our team won. Now we sit in restaurants while each one texts; plays games or takes a phone call. At the gym many people have their ear buds playing their music and aren’t at all interested in even saying hello. Little wonder then that when grandpa or grandma gets carted off to an assisted living facility or a nursing home; that they are easily forgotten. I see them coming in at Christmas or maybe for a birthday; but while they are so proud of their families and so wishing to see them; they sit instead day after day alone looking out the window wondering where their children, neighbors or friends have gone.

Maybe instead of having just one single day to remember the sanctity of life we should have weekly reminders that being pro-life means loving the people every day. We need to celebrate not only the opening lines of a life at birth but also the closing of its final chapter.  We don’t have to be afraid if we trust both our own lives as well as theirs into God’s hands. His love draws us together and we can know that by His grace we can wave goodbye; trusting that we will meet again in His presence. 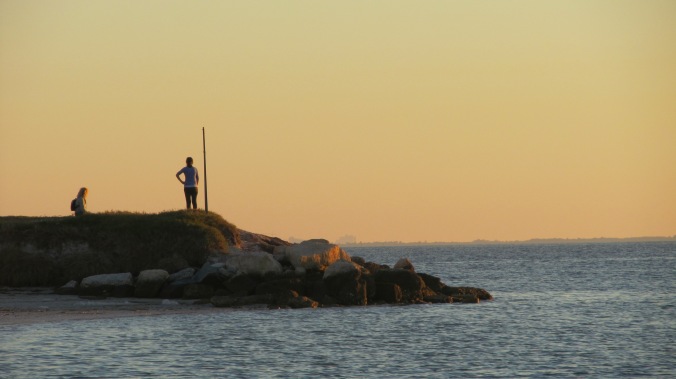