He is despised and rejected of men; a man of sorrows, and acquainted with grief: and we hid as it were our faces from him; he was despised, and we esteemed him not.          Isaiah 53:3 KJV

“Man of Sorrows what a name?” begins the hymn by Phillip Bliss, that points us to Jesus, who understands our grief because He has walked in our shoes. And if even Jesus, the Son of God, could not escape sorrows; how much more can we think that they will not invade ours without warning? The Sunday before my mother died I was leaving church when my friend Jerry stopped me to ask how she was doing. For a moment I stumbled over a few words trying to explain and then the dam of my emotions broke. “Not good Jerry; not good at all!” I choked out and then I sat down in the closest pew and began to weep. Suddenly I was surrounded not only by Jerry but by my wife and several of our friends as a tidal wave of memories, regrets and grief swept over me.

I am still so thankful for their love and quiet comfort that day because it helped prepare me for the phone call from the hospice just a few days later telling me that she was gone. Really tough times are impossible to plan for. For every one of us there will come a point where we have nothing left and there only grace remains. There Jesus; who was called a man of sorrows, comes with comfort. Sometimes He gives us a sense of His presence; sometimes He reminds us of His promises and at others He uses the arms of family and friends to hold us close to His heart. 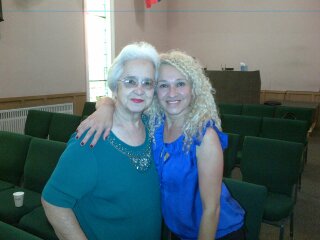