Vital to a hurricane’s formation is the occurrence of a center around which its winds gain strength. Its existence in the middle of the chaotic destruction all around is because the winds cannot penetrate the protective wall that the winds form around the eye.  To get into that calm center of the hurricane, such as the one currently bearing down on our state, means its leading edge have already passed over you. As it passes the winds calm and the blue sky appears for a little while, but it is only a temporary respite. Soon thunder, lightning and dark clouds move in, the wind direction reverses and chaos descends again. 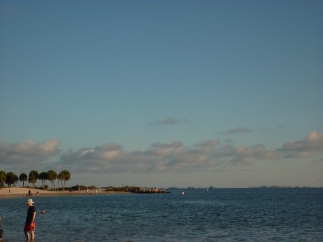 Maybe your life feels like you are in the hurricane of a catastrophic event, a broken relationship or a health crisis. But God has promised you and me us a real calm and a shelter that is way better than the eye of a storm. This refuge is called, “The shadow of His wings.” For us to hide under God’s wings means getting close to Him. His wings can only cover us when we are near enough to touch Him. So remember that when life spins out of control, He offers a refuge greater than the temporary peace at the eye of the storm. His peace will protect and keep us until every storm of destruction has completely passed us by.