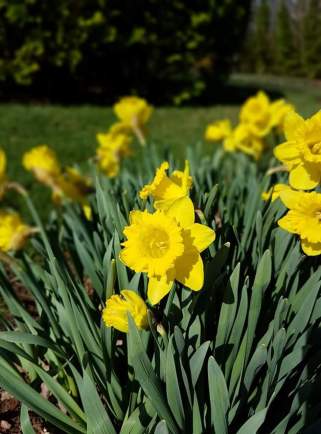 For behold, the winter is past; the rain is over and gone. The flowers appear on the earth, the time of singing[a] has come, Song 2:11-12

This winter I needed time away from this blog to rethink, reflect and refresh on why I should continue. I’ll just take it one day at a time for now, with more photos and maybe less talk. Today, my winter starved eyes are longing for the colors of spring flowers, but I confess these photos are not from this year. I do hope these few offerings from the past brighten someone’s day today as we begin to enter the week before Easter.

Then he told them many things in parables, saying: “A farmer went out to sow his seed. As he was scattering his seed, some fell along the path and the birds came and ate it up. Some fell on rocky places, where it did not have much soil. It sprang up quickly because the soil was shallow. But when the sun came up, the plants were scorched, and they withered because they had no root. Other seed fell among thorns which grew up and choked the plants. Still other seed fell on good soil, where it produced a crop – a hundred, sixty, or thirty times what was sown. Matthew 13:3-8

One of my favorite things to o in winter was to scan through seed catalogues and plan for spring planting. The catalogue pages were always filled with colorful photos of how those dry hard seeds might look if I planted them at my house. Then I would draw the shape of next year’s garden, and decide where to put the cucumbers and squash and which new varieties of tomato would grow best on the mountain where we lived. 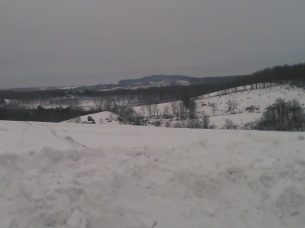 Jesus tells a story of a farmer not unlike any of us. He had decided what seed to plant and chosen exactly the right day to place them in the soil. He probably left his house with a bag bursting at the seams with the precious seed and walked out to begin his day’s work. As he started up the hard path some of the seed spilled out and as it bounced on the hard ground the birds began to follow him and gobble up every one. Once he arrived he tried to evenly spread the seeds in the furrows and from one end to the other of the field to the other. But even though all of the plowed field looked beautiful and clean, underneath the surface there were hidden rocks in some of the corners and thorn and thistle seed had blown in overnight at the edges. No one would be able to tell what would become of the harvest until the seed began to grow.

The same story is worked out every Sunday in many of our churches. The same sermon is preached to all of us, but the message has radically different results depending on how we listen. But our problem is not with the one who planted the seed, because we all have the same farmer! The difference at harvest time comes from how our field has been prepared. Before you hear even one more sermon maybe the best prayer should be, “Oh Lord prepare my heart!”