The best way to keep the childlike wonder in life is to be delighted that you have no idea what os the name of every flower! 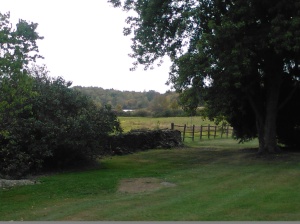 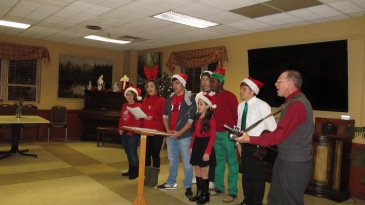 I have often published news of our Nursing Home Ministry work on the Praise2worship blog but today God has put on my heart the plan to launch a separate blog site on WordPress devoted exclusively to Visitation / Nursing Home Ministry. I will be posting about twice a week with a variety of training material, personal stories and updates on our activities. It would be great for others who have an interest in this to interact with us on this blog-site. We would love to hear what others are doing and how you are encouraged in any way by the posts here. God bless our fellow workers in this often overlooked and underestimated outreach.

If you are considering Nursing Home Ministry or any other kind of work for God, this blog-site is for you!

Let’s begin our first post with another look at, “the Parable of the Good Samaritan”

Luke 10:30-35 NKJV Then Jesus answered and said: “A certain man went down from Jerusalem to Jericho, and fell among thieves, who stripped him of his clothing, wounded him, and departed, leaving him half dead.  Now by chance a certain priest came down that road. And when he saw him, he passed by on the other side. Likewise a Levite, when he arrived at the place, came and looked, and passed by on the other side. But a certain Samaritan, as he journeyed, came where he was. And when he saw him, he had compassion.  So he went to him and bandaged his wounds, pouring on oil and wine; and he set him on his own animal, brought him to an inn, and took care of him.  On the next day, when he departed, he took out two denarii, gave them to the innkeeper, and said to him, ‘Take care of him; and whatever more you spend, when I come again, I will repay you.’

The first person we meet is the man who fell among thieves. His story was a lot like that of the residents in any nursing home. The thieves that caught him by surprise go by various names, such as age, physical disability or disease. People fall into a system where they lose control of their finances, their health and their personal freedom.

Three different people came by the man that day. The first was a priest. He came from a good family, had chosen to dedicate himself to God’s work and was recognized as a leader in his community. But in spite of his opportunity to show God’s mercy, that day he failed. He passed by, saw the need but chose not to get involved. The second man was only a follower of the first, so he simply took the same path – the path of least resistance. Last in line came the Samaritan. This was the man from whom no one expected any help. But when the Samaritan passed by that place, he saw the need, rolled up his sleeves and got involved. He became a neighbor when he became a part of the injured man’s world…

This blog is designed not just to inspire you, but to challenge you to become a “roll up your sleeves” neighbor! Why? Because there are countless men and women left to die at the side of the road in every community. I did some research and discovered that within seven miles of the center of our small city live 2700 people in long-term nursing home care. From the street they look clean and well landscaped. The entrances are nicely decorated but what is lacking for the vast majority of the residents is someone, anyone who will come to visit, listen to them and call them by name. To be a nursing home ministry worker doesn’t require a special title, God is just looking for neighbors. Are you ready to be a neighbor?