But I say unto you, Love your enemies, bless them that curse you, do good to them that hate you, and pray for them which despitefully use you, and persecute you Matthew 5:44

In the face of terrorism, hatred and prejudice, how should we as God’s people respond? Jesus not only left us crystal clear orders about dealing with enemies, He also carried out to His final breath what He asked us to do. Though it is tempting to react with justifiable anger to the atrocities of ISIS, Boko Haram and Hamas, Jesus demanded for us to take a different course. That course change will never come unless we can recognize for a moment the truth that Alexander Solzhenitsyn described ” …the line between good and evil passes, not through states nor between classes,nor between political parties either but right through every human heart…” 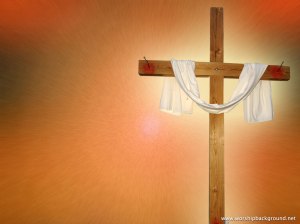 We consider the world divided between two classes of people, “Good and evil” rather than a single group of fallen men and women

But God commendeth his love toward us, in that, while we were yet sinners, Christ died for us Romans 5:8

So how can we follow Jesus in this dangerous modern world? Not long after September 11th 2001, I was asked by a Muslim what I felt about Muslim terrorists. She was a little surprised when I told her that Jesus had left us the command to Love our enemies.

Here are three instructions Jesus gave to take on the evil that surrounds us today exactly as it surrounded Him as He was nailed to the cross. He showed us that it was not to be our own strength, weapons or wisdom, but with words, actions and prayer.

Bless them that curse you – Jesus told us, then during His last hours He turned to the thief and told Him, “Today you will be with me in paradise.” Yes, the thief was repentant, but he hadn’t started out that way at all. In fact the Bible is clear that at first, both of the thieves hurled abuse at Christ. In return Jesus offered blessing though only one received it.

Do good to them that hate you-  goes way beyond our words. The actions of Jesus were a choice. As Peter pulled out a sword to defend Him, Jesus told him that legions of angels stood ready to rescue but that was not His choice. Jesus freely gave himself on the cross in the very face of terrorism. He trusted himself to the Father and in doing good defeated sin

Pray for them which despitefully use you-  moves on to the realm of asking God to now do for our enemies more than we can do. Before Jesus drew His last breath He called out in prayer,  “Father, forgive them, for they know not what they do.”…Luke 23:34

The secular world will never get it. The enemies of our faith cannot understand this. Often we ourselves miss the opportunity the opposition has given us. Today is still the day that the Lord has made. This is not a chapter of history that has somehow spun out of God’s control. Yes, the church is suffering in Syria and Christians are being slaughtered by the thousands in Nigeria. Yes, the government of Iran continues to imprison pastors and church leaders but it is not a sign of their power, but rather of their weakness. Remember how they crucified our Lord, but He prayed for their forgiveness. They decapitated Paul, but He established the foundations of the western church. They exiled John, but from the prison-Island of Patmos He sent a message of hope. God is still and will always be in on the throne. When our day comes to stand and speak for God by our life,never allow fear, bitterness or anger to rule us. Instead when trouble comes to our door let’s see it as our chance to obey Jesus, love our enemies and overcome evil with good!